Women, gender and diversity research has a long tradition at the IHS and is anchored in several research groups as a thematic focus.

The platform links researchers who, in the context of the research groups established at the Institute for Advanced Studies (IHS), work on issues of gender and diversity, internally and beyond. The aim of the platform is to present the results of gender and diversity research at the IHS and to strengthen the integration of the gender dimension into the research topics represented at the IHS. This objective is to be supported by the exchange organised through the platform (lectures, workshops and conferences) with national and international experts.

The platform refers to a theory-based understanding of gender as a "social gender" that is socially constructed and structurally effective. In an intersectional understanding, gender is always understood as interwoven with other dimensions of diversity, such as the socioeconomic status and level of education, race, religion or belief, physical and mental condition or age. The economic and social situation of LGBTTIQs (lesbian, gay, bisexual, transsexual, transgender, intersex and queer/questioning people) is addressed in several research projects.

„Growing up Free of Violence and Abuse – working to build resilience and strengthen children who have lived with domestic violence“, EU Rights, Equality and Citizenship Work Program, coordinated by Karin Schönpflug, 2019-2021 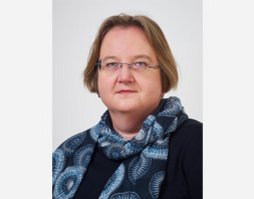